Emily Blunt as Captain Marvel? Yes please.
The British actress’s name has once again popped up as a possible candidate for the role of the iconic Marvel character, months after she was first rumoured to be circling the role.
The Meet The Movie Press podcast, hosted by Umberto Gonzalez and Mark E. Reilly, was discussing the upcoming female-led action film when Emily was mentioned as a possible Carol Danvers (Captain Marvel’s real name.)
‘It doesn’t make sense yet because it’s been a rumour but I’ve had somebody tell me that Emily Blunt is Ms. Marvel, that it’s a done deal,’ said Mark. 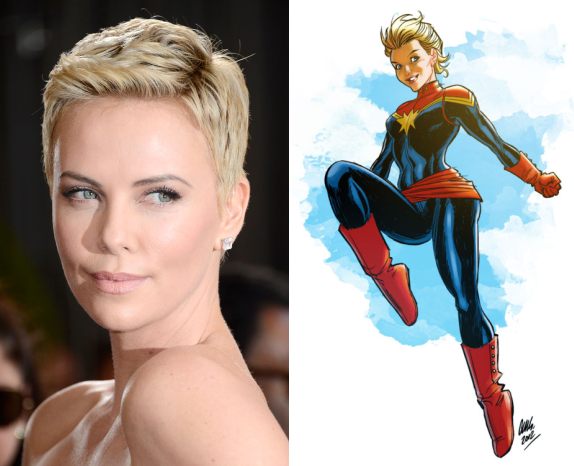 Marvel has just announced that a sequel to Ant-Man - "Ant-Man And The Wasp" - will be with us on July 6, 2018. Clearly this means an expanded role for Evangeline Lilly's Hope van Dyne, since she gets title space with Paul Rudd's diminutive superhero.

As the site points out, this will mark the the first Marvel Studios film to be named after its heroine. But what about Captain Marvel you may ask? Well, unfortunately this means that movie will be pushed back to March 8, 2018, while Black Panther has moved forward to February 16, 2018.