Spiral: From the Book of Saw

Spiral: From the Book of Saw

‘SAW’ Being Reimagined by Chris Rock with Darren Bousman Returning to Direct!

Are you ready to play a game?

Breaking news out of Cannes as Bloody Disgusting can report that Lionsgate and Twisted Pictures will bring fans worldwide a new level of deviously treacherous traps, clever clues and suspense as they partner with award-winning actor, director, and stand up comedian Chris Rock to spin-off and expand the world surrounding the hit billion dollar SAW franchise.

We’ve also learned that the next SAW, pegged as a “re-imaging”, will be directed by none other than Darren Lynn Bousman, who helmed the first three sequels following James Wan and Leigh Whannell‘s pop culture phenomenon.

As Bloody Disgusting exclusively told you last year, the screenplay was written by Jigsaw writers Pete Goldfinger and Josh Stolberg, although we didn’t know it was – and I kid you not – based on a story conceived by Chris Rock!

“I’ve been a fan of SAW since the first film in 2004,” said Rock. “I am excited by the opportunity to take this to a really intense and twisted new place.”

We can’t help but wonder, will Rock also star?!

“When Chris Rock came to us and described in chilling detail his fantastic vision that reimagines and spins-off the world of the notorious Jigsaw Killer, we were all-in,” said Joe Drake, Chairman of Lionsgate’s Motion Picture Group. “SAW is one of the highest grossing horror franchises of all-time and it’s one of Lionsgate’s most successful film series. This upcoming film will still be as mind-bending and intense as all the previous SAW films. Chris conceived this idea and it will be completely reverential to the legacy of the material while reinvigorating the brand with his wit, creative vision and passion for this classic horror franchise.”

“Chris wants to put his own spin on the SAW franchise in the way Eddie Murphy put a completely fresh perspective on buddy-cop films with 48 Hours. This new SAW is going to be an event film in the making for horror fans. It will have all of the twists and turns and hardcore layers that our fans expect directed by one of the masters of the craft, Darren Lynn Bousman. We can’t wait to get started,” said Burg and Koules.

Watch for casting news as it comes in, which should be soon if they’re targeting an October 2020 release.

What say you, horror fans? Chime in below! 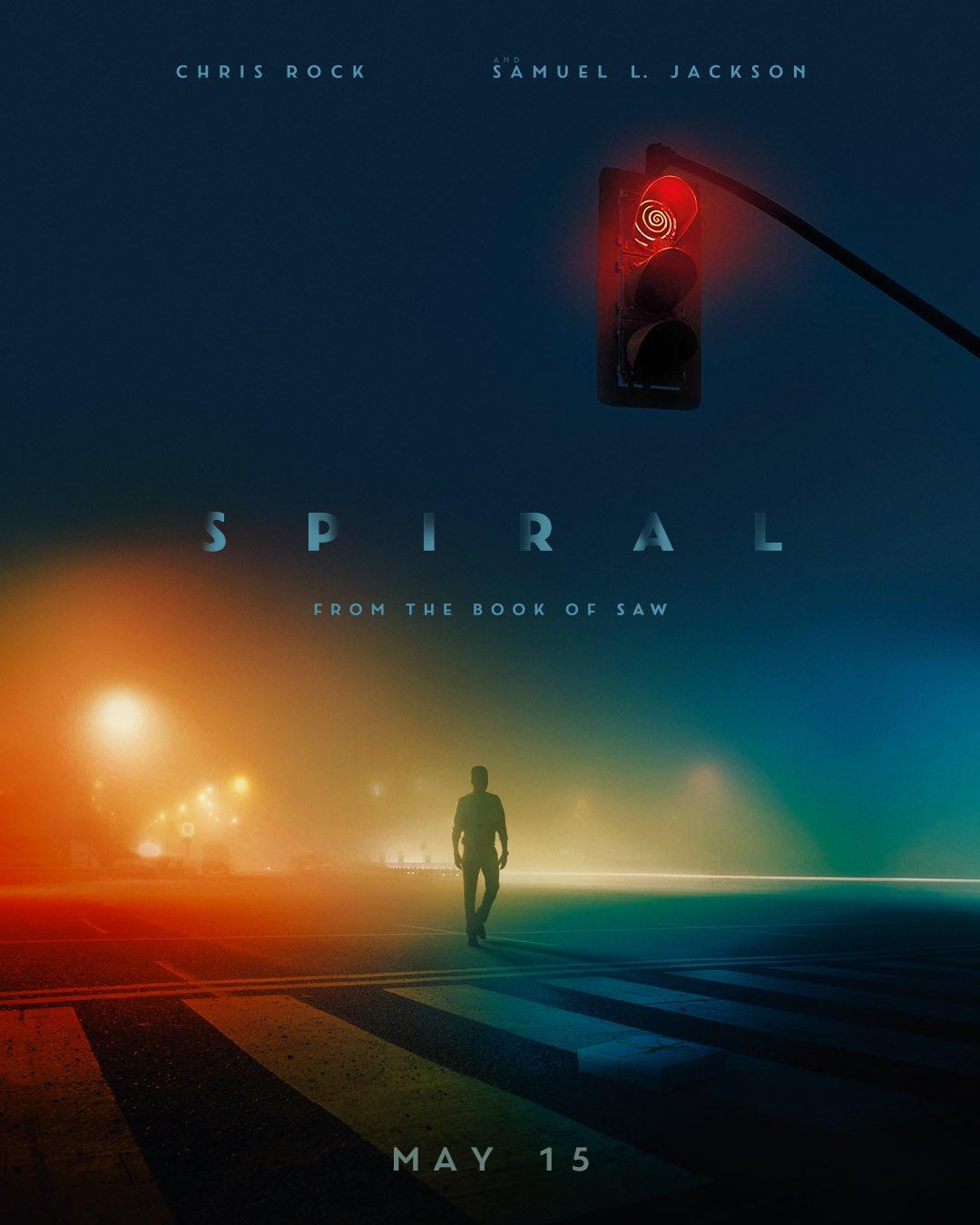 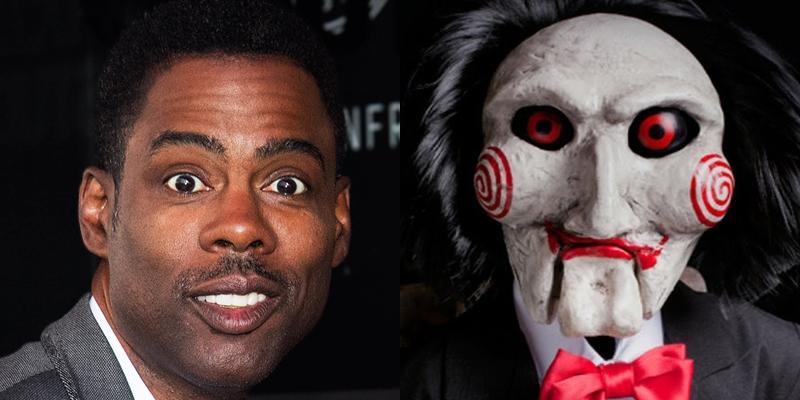 Chris Rock’s Saw Reboot Will Have SOME Humor, But Still Be Bloody & Gory

Chris Rock says his Saw movie reboot will definitely include some humor, but is still a proper horror film with plenty of blood and gore. Like Jason Voorhees and Michael Myers, it seems the Saw movies are incapable of staying permanently dead. The franchise appeared to reach it end (after an unexpected six sequels) with 2010's Saw: The Final Chapter, only to return in 2017 with a brand-new installment known as Jigsaw. Despite earning unflattering reviews, that film went on to gross more than ten times its $10 million budget and has since convinced Lionsgate to head back to the well once more.

The next Saw movie is rumored to be titled The Organ Donor and is based on an original story by Rock, who also stars as a police detective investigating a series of gruesome crimes. Given the multi-hyphenate's background as a standup comedian turned actor and filmmaker, many have wondered if Rock's vision for the twisted horror property will play things straight or fall more on the comedic side of the equation. For his part, Rock claims there will be comedy, but not as much as some might've been quick to assume, given his involvement.Speaking to IGN at a recent Television Critics Association press event, Rock explained why he felt it necessary to include some jokes in his Saw reboot, but not enough to turn the movie into some kind of horror genre parody (a la the Scary Movie franchise). You can read through his comments, below.

"A lot of times I go to a movie or I watch a TV show and I go, ‘Wow, you know, two jokes would have made a big difference in that. I love Saw, but I was like ‘wow, it has almost no humor at all.’ So, it seemed like a good place... good fertile ground... by the way, the new Saw, I’ve seen like a rough cut. It’s still Saw... it’s bloody, it’s gory, but there’s like a sprinkling of humor here and there. We’re not revamping it, it’s not Scary Movie, it’s Saw."

Rock is far from the first actor-filmmaker best known for their comedy work to try their hand at a horror movie recently. Comedic talents like Jordan Peele and Danny McBride have also cut their teeth on horror films of late, with Peele writing and directing both the Oscar-winning Get Out and Us, and McBride co-writing 2018's Halloween sequel-reboot. In all of these cases, their movies included a number of funny moments that played to their creatives' strengths, yet never took things too far and were very much thrillers at the end of the day. It sounds like Rock has something similar in mind with his Saw reboot. If anything, his comments suggest his detective character may resort to some gallows humor, as a way of coping psychologically with the utterly horrific crimes he's forced to investigate.

Furthermore, the Saw reboot is being directed by Darren Lynn Bousman (Saw II-IV) from a script by Jigsaw writers Pete Goldfinger and Josh Stolberg, so it's not like Rock has surrounded himself with people who specialize in comedies. The previous Saw movies have been parodied and made fun of by other films and TV shows many times over the last sixteen years, but they themselves have never crossed into horror-comedy territory the way other properties have (like the Chucky and Leprechaun franchises). That would kind of go against these movies' conceit of testing their characters' will to live by subjecting them to truly disturbing traps and scenarios to escape from. Hopefully, then, Rock will find a way of making Saw genuinely scary again while also including just enough humor to avoid coming off as self-serious.

SPIRAL: FROM THE BOOK OF SAW

SPIRAL: FROM THE BOOK OF SAW